Automations help optimize processes and workflows that would otherwise take a lot of time and effort. These are 6 key examples in Jira Cloud

In today’s fast-paced world, it can be hard for teams to keep for up with everything your company does. This is why automations are so important in Atlassian applications – they help you automate processes and workflows that would otherwise take a lot of time and effort away from employees. In this article, we will include 5 great examples of Jira automations for cloud customers!

Differences in automation between Jira Cloud and Jira Server

There are important differences between the offering in automation rules for data center and server products as compared to cloud, both for Jira Software and for Jira Service Management customers.

Read more about the differences in this article by Atlassian

If you’re looking for the perfect automation to supercharge your team, there are a few things that can help. Here’s how we recommend defining your ideal scenario:

Once you know these factors, it’s much easier to find an option that will work best.

The 5 most common Jira Cloud automations

Ready to populate your Jira Cloud instance with robotic assistants that lift a heavy weight off your shoulders? Here are the top 5 ideas to get you started. Some of them can be built with the native functionality provided by Atlassian, while others can be easily created with apps from the Marketplace.

1 – Create tasks for issues opened in a different project

Certain projects in Jira contain issues that need to be unpacked into predictable and repetitive tasks and actions.

In the example below, you can see a simple setup with one parent issue and one child task in a different project.

But let’s think of a more interesting example. Say we run a video game studio, which is the dream job for 95% of folks in the tech world. One project could be used for managing upcoming build submissions to the gaming platform for review (for example, PlayStation or Steam). But the work that stems from these submissions can usually be automated, as it has a common workflow.

Creating the build has two goals. One is to track the deadline and status of this main deliverable. The second goal is to track and manage all dependencies, from internal QA to marketing collateral and whatever needs to happen in terms of infrastructure.

From that parent issue, a Jira automation can easily be configured to:

When is this useful? Basically, for any process that resembles a factory. For example, video games look very different from one another, but the process of building them can be standardized.

Try this automation if you have a number of big tasks, and for each of them, a comprehensive checklist of everything that needs to be done, all actions required to complete each subtask, and who should take care of it.

In this case, the best example is a small software company that sells its products globally but only has three experts helping customers with their problems. Some customers will write English, some others won’t. Many users will actually write in Korean, Russian, Spanish, or whatever they know, making it very difficult for agents to offer them help.

Agents can automatically update customer tickets and ticket comments with translations and have a professional conversation.

This rule is very useful when your company creates a very high volume of issues without a gatekeeper. This happens a lot when reporting new bugs internally. Typically, different users will encounter the same bug separately and report it twice.

The implementation here might be a little tricky, though. Ideally, a machine learning engine would look at all issues and offer suggestion for merges. While that might be coming in the future, it’s not available yet.

Luckily, it’s easy to create some simpler merge mechanisms. For example, there’s an app on the marketplace called Issue Merger for Jira that creates rules to combine two tickets into one when they meet certain conditions. For example, all tickets that contain “Server” and “down” in the summary could be merged.

It’s important to be very careful with these rules, and limit them in scope and time. As anybody in the ITSM world knows, the same incident can happen at different moments in time. Imagine that the server is down and your Jira hides it from the team because the issue is automatically merged with an outage from last month. That would be a terrible outcome!

A fourth example is the “Auto-Close” automation, which automatically closes any issues that are resolved. This can help you stay on top of your project work and ensure nothing slips through the cracks.

The opposite is also possible: when a customer responds to a closed ticket, it makes sense to re-open it.

Your job is not done after having closed a resolved ticket. There’s still something called “stakeholder communication”, and apparently it’s important. That’s where canned responses come in.

The idea is to send out messages to anyone who is CC’d on the issue, letting them know that it’s been resolved and providing feedback about what was done. This can be very helpful when you want to ensure everyone knows how a certain topic has progressed!

In this case you don’t need to set a rule in Automation. A different app by Spartez called Canned Responses Pro Templates for Jira allows creating canned responses with any details you need to include.

What’s the most important decision in Jira? I’d say is deciding who owns a task. In other words, assigning tickets. Ticket ownership is so important that one of the few things you can’t configure in Jira is a second owner.

Obviously, the decision can be automated based on clear rules. For example, you can assign every Chinese ticket to a Chinese agent (you’d need the Google Translate app for that). Another option is to assign based on a component or issue type (every web ticket goes to the web designer).

A similar idea is to assign tickets temporarily to a delegate owner. This is really useful when the original assignee is out of the office. With our Out of Office Assistant for Jira Cloud, you can easily include JQLs in your rules to reassign tickets to different delegates based on the type of work.

Recently, Jira Service Management has become a popular option for businesses looking to manage projects and issues more efficiently. Businesses are using it to organize all of their work into a simple dashboard that gives everyone on the team access to everything they need.

In this article we’ve included 5 great examples of Jira Cloud automations- from assigning tasks for every issue opened in another project to scheduling meetings.

We hope you found the article helpful! If you’re interested in understanding what type of automation would be best suited for your business goals and workflow needs contact our team! 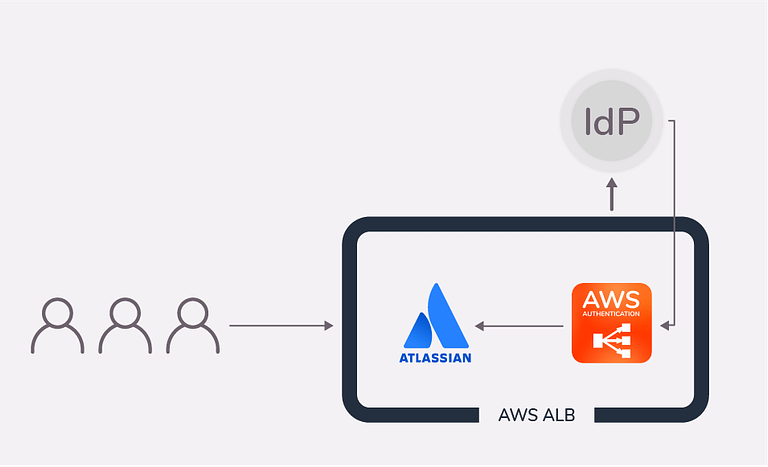 This website uses cookies to improve your experience while you navigate through the website. Out of these, the cookies that are categorized as necessary are stored on your browser as they are essential for the working of basic functionalities of the website. We also use third-party cookies that help us analyze and understand how you use this website. These cookies will be stored in your browser only with your consent. You also have the option to opt-out of these cookies. But opting out of some of these cookies may affect your browsing experience.
Necessary Always Enabled
Necessary cookies are absolutely essential for the website to function properly. This category only includes cookies that ensures basic functionalities and security features of the website. These cookies do not store any personal information.
Functional
Functional cookies help to perform certain functionalities like sharing the content of the website on social media platforms, collect feedbacks, and other third-party features.
Performance
Performance cookies are used to understand and analyze the key performance indexes of the website which helps in delivering a better user experience for the visitors.
Analytics
Analytical cookies are used to understand how visitors interact with the website. These cookies help provide information on metrics the number of visitors, bounce rate, traffic source, etc.
Advertisement
Advertisement cookies are used to provide visitors with relevant ads and marketing campaigns. These cookies track visitors across websites and collect information to provide customized ads.
Others
Other uncategorized cookies are those that are being analyzed and have not been classified into a category as yet.
SAVE & ACCEPT
Powered by